A native iOS video chat app based on WebRTC.

This Xcode project is a native wrapper for the Google's WebRTC Demo. It organizes the WebRTC components into a cocoa pod that can be easily deployed into any Xcode project. The precompiled libWebRTC static library bundled with the pod works with 64-bit apps, unlike prior versions of WebRTC projects where only the 32-bit version was available. Currently, the project is designed to run on iOS Devices (iOS Simulator is not supported).

Included in this Xcode project is a native Storyboard based Room Locator and Video Chat View Controllers. 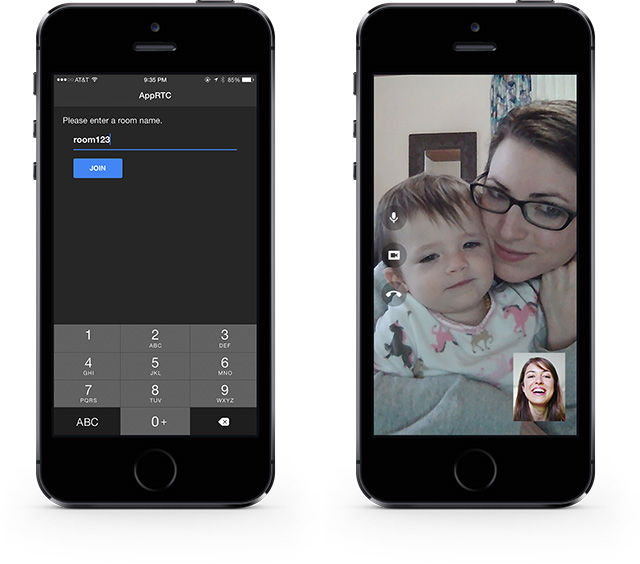